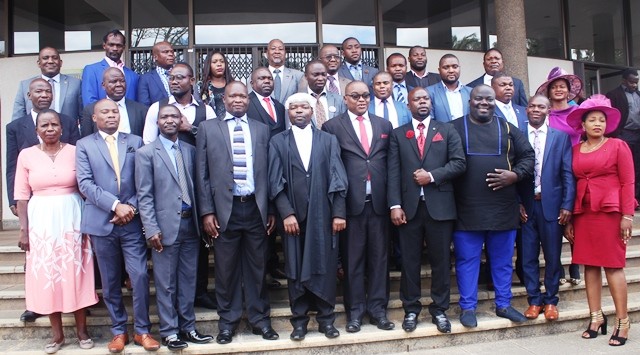 The newly elected Ward Councillors on Friday, June 28 2019, took oath of office at a beautiful swearing ceremony held in the Main Chamber. Accompanied by spouses and other relations, Councilors took turns in saying “So help me God” amid ululation. 23 Councillors and eight Members of Parliament will meet on July 19, 2019 to elect the Mayor and Deputy Mayor. 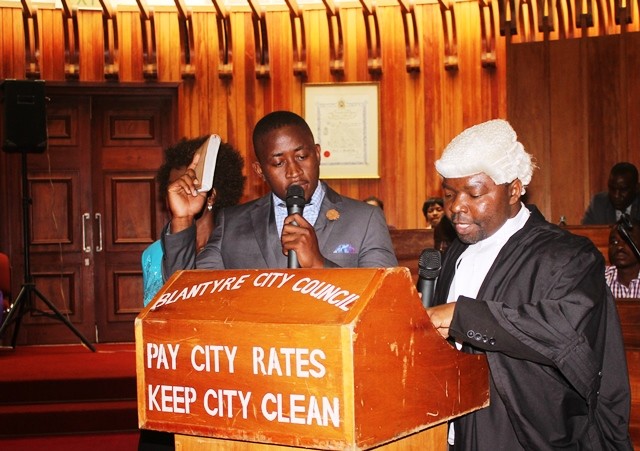 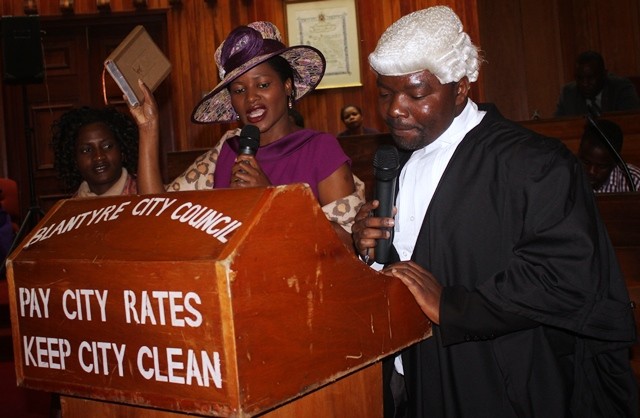 Gertrude Lucy Chirambo swearing in as Councillor for Namalimwe Ward 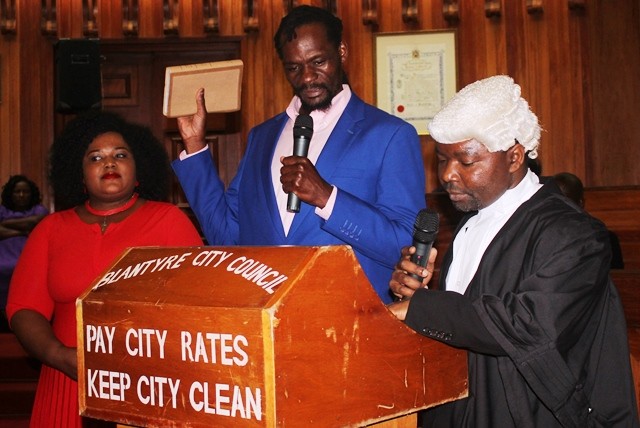