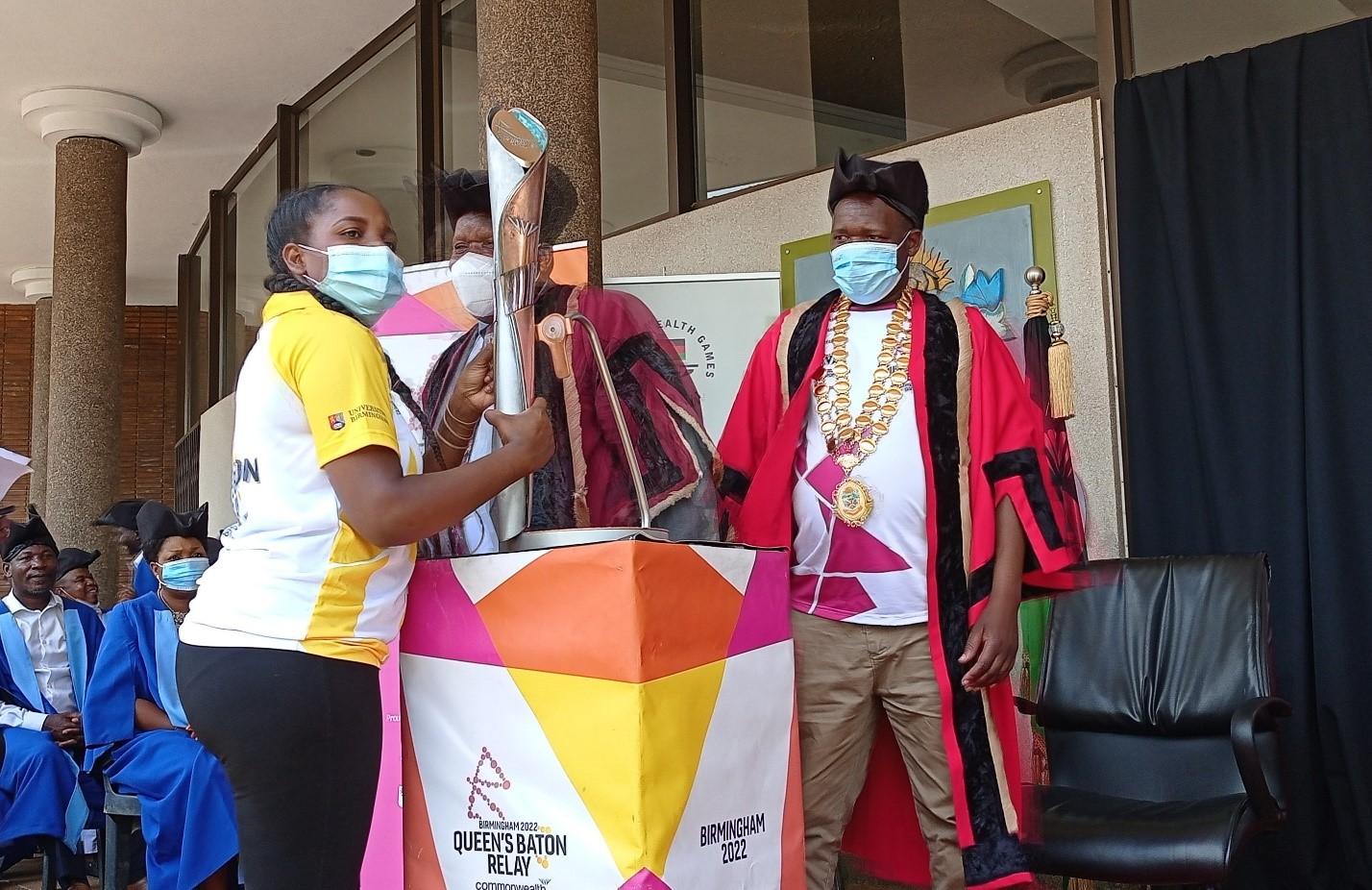 On 16th November 2021, His Worship Councillor Wild Ndipo, Mayor of the City of Blantyre, welcomed and received the Queen’s Baton at Civic Centre in Blantyre. Over the years, the Queen’s Baton has traditionally been hosted in the Capital City, Lilongwe. However, this year Blantyre City was privileged to host the Queen’s Baton and participate in the Relay.

The Baton will be hosted in 19 countries on the African continent. It conveys a message of hope and inspiration and connects peoples from across The Commonwealth. It will travel for 294 days, connecting communities in every corner of The Commonwealth, embracing unique cultures and sharing stories.

The Mayor and residents of Blantyre City wish all Malawians who will represent the country in the Games in 2022 in Birmingham every success.

The Queen’s Baton will leave the country for Zambia on Friday, 19th November 2021.