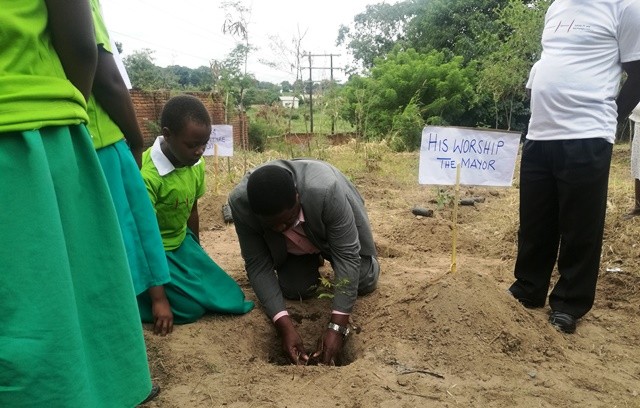 Deputy Mayor Joseph Makwinja on Tuesday led thousands of pupils and teachers from 21 schools in Blantyre City in tree planting exercise marking the launch of a project funded by Hannover City Council.

Through the Department of Education, the Council has received a grant of Euro 5 000 from Hannover City Council to implement a tree planting project in 21 schools in the City.

Launching the project, Makwinja stressed the need to care for the planted trees because Blantyre which used to be called a green city, was now bare.

“As pupils, you need to be in the forefront caring for these trees because they are your future,” said Makwinja.

In her remarks, District Education Manager Evelyn Mjima thanked Hannover City Council, which has a twinning relationship with Blantyre City Council, for the financial support.

Over 1 000 seedlings are to be planted under the project implemented as part of celebrating 50 years of twinning between the two cities.