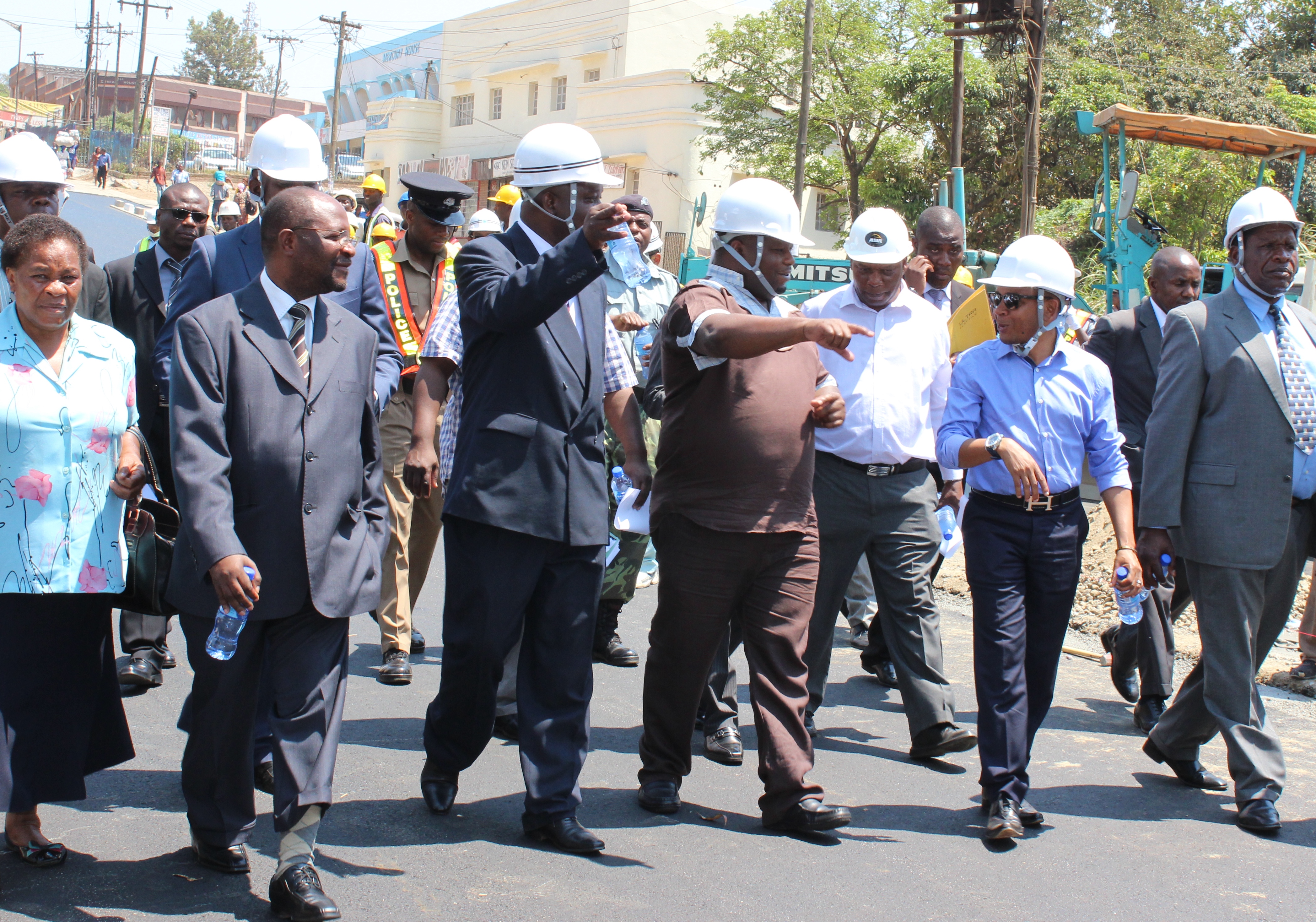 Minister of Local Government and Rural Development Kondwani Nakhumwa has commended Blantyre City Council saying it was on the right track in municipal management. 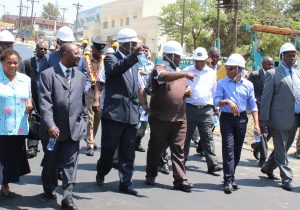 Nankhumwa was speaking when he visited the Council where among other activities he inspected the Masauko Chipembere Highway reconstruction under the Phase III of Japanese aided project.

“Let me say that Blantyre City Council is a shining example of well managed Councils in Malawi under the leadership of His Worship Cllr Noel Chalamanda and the Acting Chief Executive Officer Dr [Alfred] Chanza,” said the Minister.

Nankhumwa, who was accompanied by the Secretary for Local Government and Rural Development Chris Kang’ombe and Director of Local Government Services Kiswell Dakamau, walked with the Mayor and other dignitaries from Yiannakis Roundabout to Illovo Roundabout where the Phase III project is ending.

The road, which was expected to be completed by November 30, 2015, will be opened to normal traffic flow on October 20, this year.

Nankhumwa also toured Limbe market where he emphasized that government was worried with the market fires that have destroyed a number of such facilities with recent ones being Kasungu, Area 18 and Kamuzu road markets in Salima.

He said there was a need to promote construction of fire proof markets to avert this problem while also noting that Insurance companies cannot provide insurance services to markets that are vulnerable to fire.

In the afternoon, the Minister officially received a fire engine which was handed over by the Japanese Embassy First Secretary Kohei Sakamoto on behalf of Japan Fire Fighters Association.

During the ceremony, the Mayor lamented the state of fire engines in the Council saying in some cases, expected execution of duties during emergencies has been compromised due to breakdowns of vehicles. 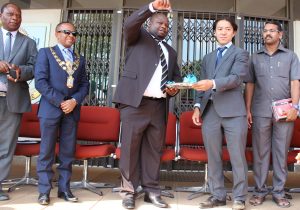 Said Chalamanda; “For the past 12 months, the position of fire fighting vehicles in the city Council of Blantyre had been very pathetic and it was on several occasions, very difficult to cope with emergency situations.”

“This was due to frequent breakdown of our old vehicles whose spares are obsolete. With this donation Sir, we are now in a position to provide at least proper fire cover,” he said.