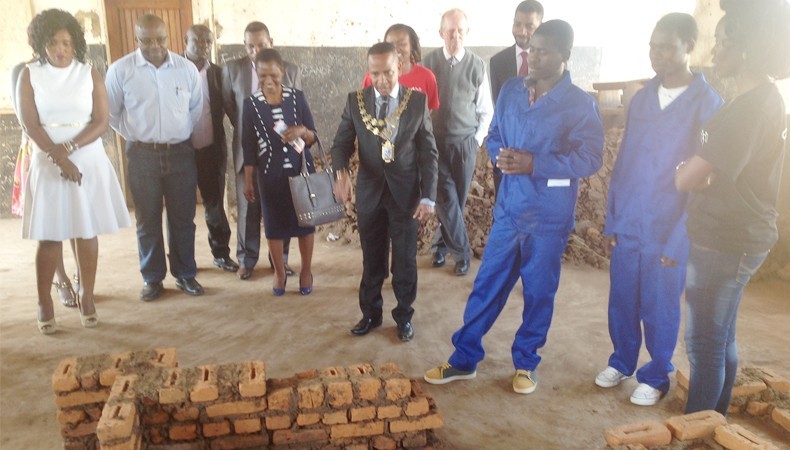 Chalamanda was the Guest of Honour at the Samaritan Trust Open Day. The Trust is a non- governmental organization that aims at alleviating the plight of street children by ensuring their access to education, vocation skills training and social protection.

He says it is the responsibility of the council to make sure there are no street children in the city and that through trustees like the Samaritan Trust, there is hope that the problem of the increase in number of street children will be curbed.

Says Chalamanda: “What we will be doing in a short while is to go out there using people that have expertise like the Samaritan Trust to see what we can do with the children, either to bring them here or to other such institutions. Even though it might not be solved in a short while but we must take deliberate steps towards alleviating the problem of street children in the city and the country as a whole.”

He says there is need for collaboration among residents in addressing the problem of street children and that the corporate world open up opportunities for street children who have shown dedication in changing their lives by joining the Samaritan Trust.

“It is in this vein that I call upon you, to collaborate and put an effort in addressing the problem of street children. As we have observed, there is a lot of potential among these children. Future carpenters, builders, tailors, technicians. Let’s open up opportunities for these children and utilize their skills for the betterment of our City.” he says.
However, he pleads with the children to take the opportunity of being part of the Samaritan Trust seriously by learning on how they can become good citizens.

Mike Bamford, Samaritan Trust Chairman, says it is sad to see some street children who were once part of the organisation back in the streets when their friends are craving for an opportunity like that.

Says Bamford; “Most of the times children run away from this place for their own reasons but I think because they are used to the life in the streets they find it had to adapt to a new environment which is why we now have competent staff which makes sure that when the children are here they are settled and are feeling at home.”

Margaret Nkhwehna, Samaritan Trust Executive Director says the organization has managed to reach over 5000 street children since it was founded in 1993 with the help of social workers and various organizations such as Tilitonse Fund, Tudor Trust, David James Foundation, Sarah Adams Foundation and Aqua Viveda.

Currently the organization with 17 staff members is taking care of 77 children who amongst them 24 are girls.